Day 1 in Colorado led us to the Garden of the Gods in Colorado Springs, Colorado. I had seen pictures of this place so I knew that these rocks were going to be huge, but they are honestly so much more breathtaking you see them in person. The fact that they’re naturally this way just adds to the beauty of them. The different colors of reds are almost mesmerizing because of the different layers that have been exposed. We went when it was slightly cloudy which I think actually added to the views because you didn’t have sunglasses disrupting the view. When you first get to Garden of the Gods make sure to stop by the sign and get a picture because it’s really cool to get a shot of all the rocks in the background. If you’re there to see more of the main garden rather than the side trails, there are some parking lots a little ways in that are closer to the garden. We were super lucky to catch a glimpse of a Big Horn Sheep when we first got in the garden!

Being in the garden, it makes you feel small but in a good way. I think as humans, we start to think that we’re big and powerful, but standing next to giant rocks really reminds us that we’re not. 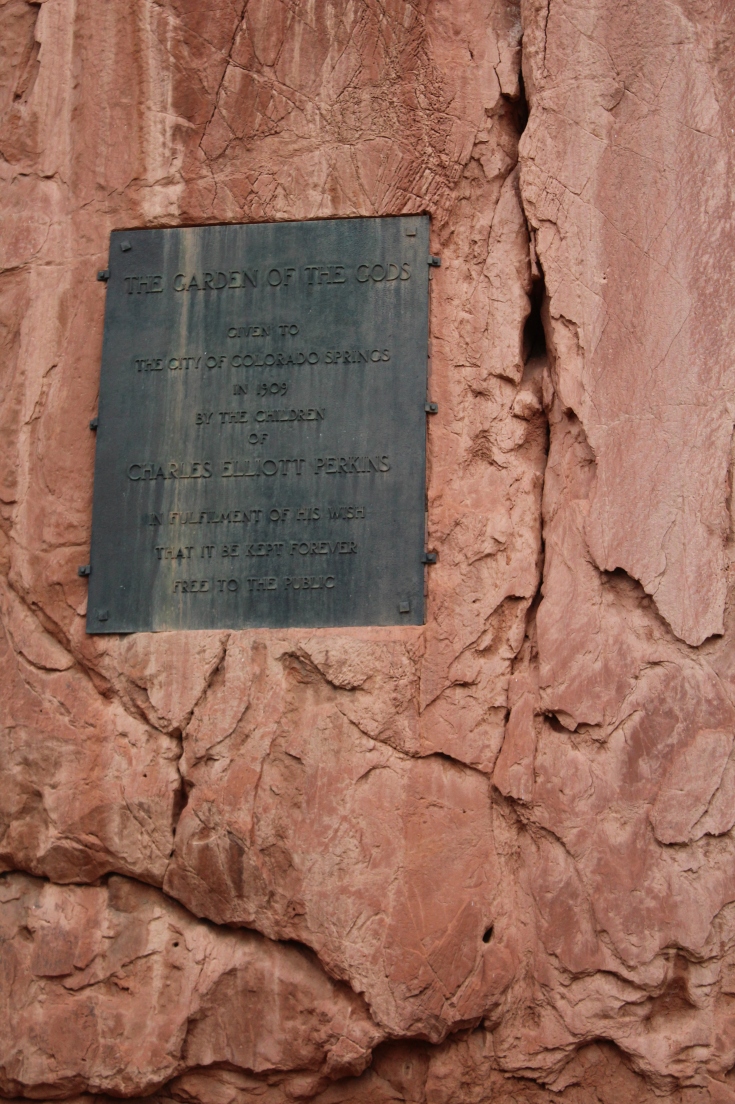 Like I said before, the view was just breathtaking and beautiful. There is a path that leads you around the garden so you can see all the different rocks.

When you get to the middle of the garden there is a small path on the side that will take you to the top of one of the rocks. It is so awesome to be able to look over all the rocks from a high vantage point. It was at this point when the cloudy sky caught up to us and started to sprinkle which quickly turned into hail. That was something new! I’ve never been caught in a hail storm before so I wasn’t really sure what to do. We did get pelted a couple of times before I saw people standing under trees for cover – so we did the same. My poor pup had gotten hit on his butt and was not a fan of that; but I covered his head and his snoot so they didn’t get hit.

After the hail stopped, we decided it was time to leave the garden and go explore the rest. We didn’t explore very far before the sky decided it wanted to rain so we headed back to the car and I stopped inside the Visitor Center briefly to see what kind of goodies they had – pupper even got some treats so definitely worth the trip inside.

After our adventure to the garden, I decided to stop by Gold Camp Brewing for a drink because goes better together than mountains and brews? (And a plus they’re dog friendly!) They had this amazing food truck that had some variation of pork egg rolls on a stick and it was really good! Day 1 ended up being a really great day! 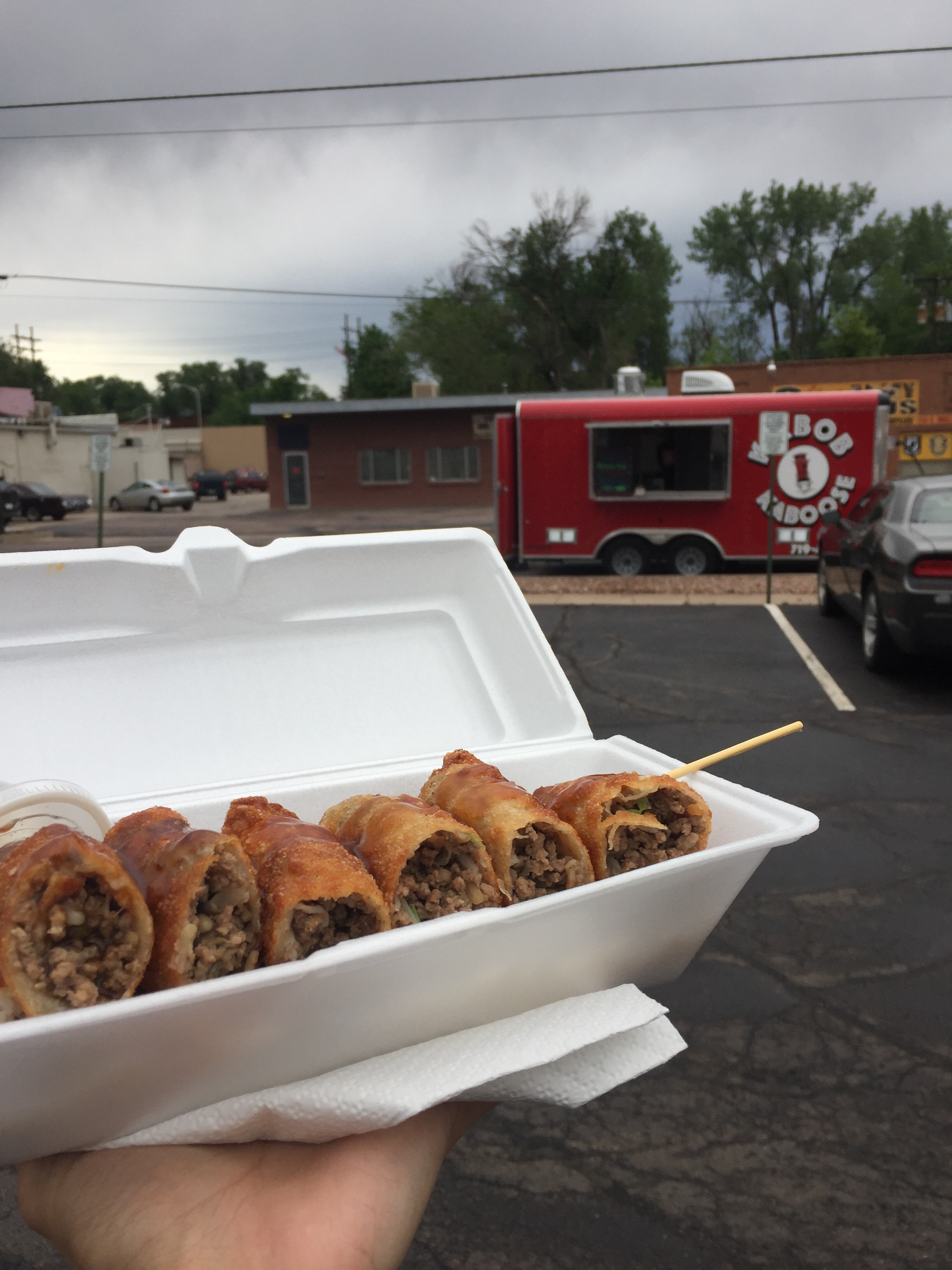